Sasuke Maniac - A 1/2 hour show that runs every Sunday night (into Monday) on TBS in Japan featuring Monster 9 events. For those of you who keep asking how you can see and record this I created a blog to to show what I did in terms of recording through LiveStation. Hopefully that will help ya'll to figure out where and how to catch this on your own and even record it!
BTW - Ube's Blog for this week!
Well. this week's Sasuke Maniac was a rehash of Sasuke Navi this weekend so I won't repeat it but only add what was NOT shown in Sasuke Navi.
Additions to this week's show were 3 things. First was a brief mention about the Sasuke Festival. 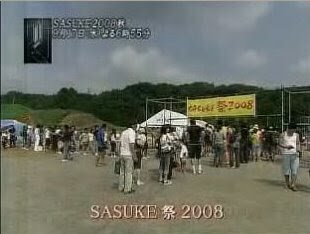 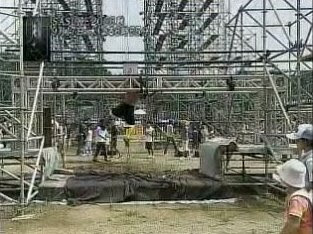 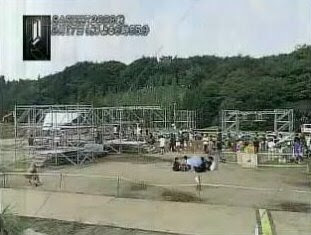 Second major addition was an amplified fluff piece on Bunpei Shiratori! In addition to what we saw in Sasuke Navi earlier today.. they added bonus footage. 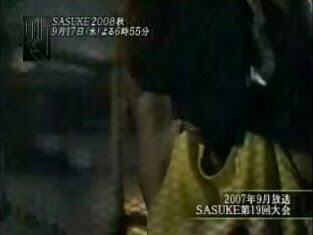 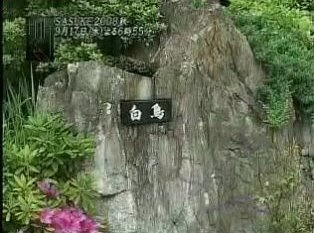 Okay .. this looks familiar.. OH! That's the sign that you arrived at Bunpei's house! That means that to the left of this sign... 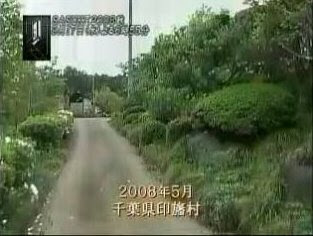 .. is the road to the Shiratori Shrine :D TBS visited Shiratori in May, 2008 (Footage of that is here at the end of this blog) 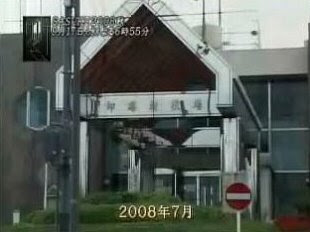 Another time they went to visit was at his work in July, 2008 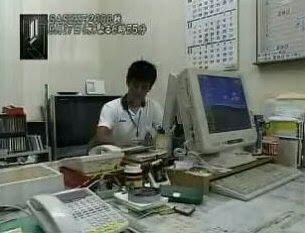 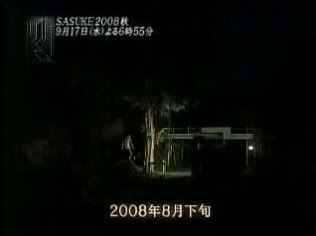 Last visit was in August, 2008 back at the Shiratori Shrine in the middle of the night! See the Shiratori shrine only lit but a single light! (Bunpei's silouette to the left of the screen) 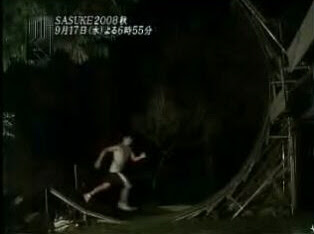 Bunpei doing work on his Warped Wall at home 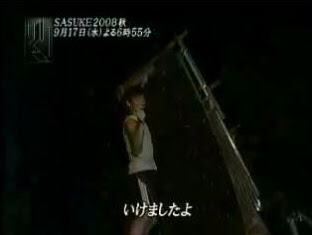 Yay! He finally caught it after a few tries! He seems pleased with himself :) 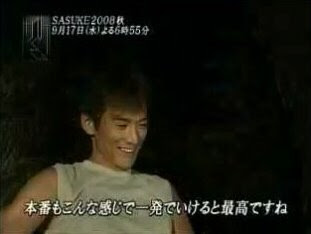 So happy to see him smile again :) 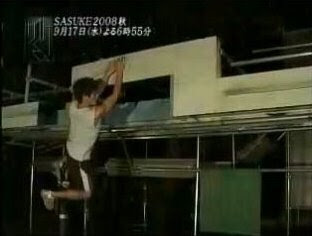 Bunpei's recorded try at the Shin-Cliffhanger (same one Colin Bell defeated before Sasuke 19) though it seems as if the design is.. different? Maybe updated? Dunno.. 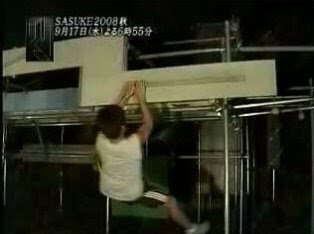 Yes! And he does it with almost no clearance as Colin did! 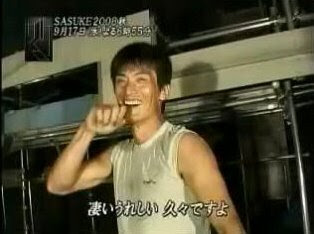 Aww he seems ecstatic he did it on one try in front of the cameras!

Last thing they added from Sasuke Navi was a preview of the 3 ANC contestants. 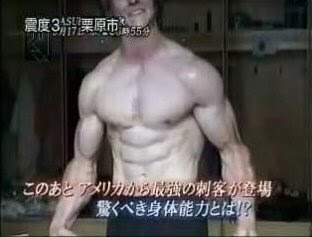 Mark Witmer showing off his stuff in his entry video 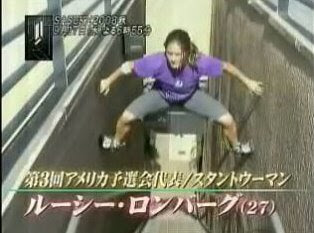 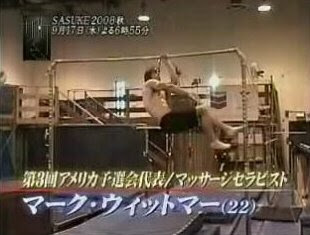 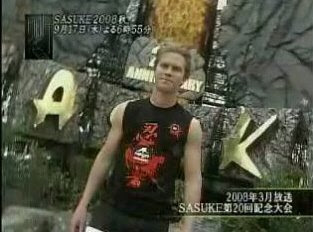 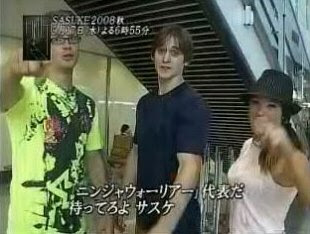 Brian, Mark and Luci: "We are the American Ninja Warriors and we are coming for you SASUKE" (Yay they pronounced it correctly .. guys.. take Levi to the side and show him.. please..) 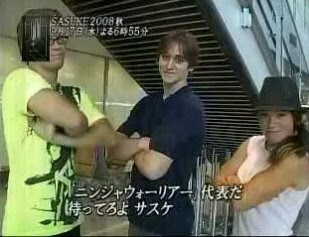 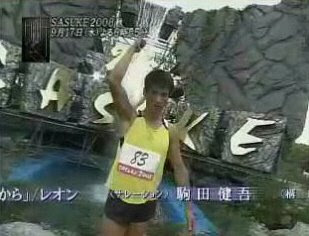 Posted by Arsenette at 9:27 PM

See, just like I said, lots of flowers and plants and growing things. :)
At night, no less... hmmmmm... where have I read about that before.... :-)
They should not be so arrogant, eh?
Thank you so much for the Bunpei pics. I know you can't put all the pics you captured on here, so.... if you have any that you'd just want to shoot my way... ha!
Great job, as always. Thank you very much.

I am LOVING all the Bunpei-ness :)

Did anyone find that 2nd to last picture of him slightly seductive? Anyone??

Oh I love the Bunpei love :) I'm ecstatic that not only he's back but they are giving him a lot of attention. I wish they gave this type of coverage when Akiyama was back.