After 3 days of nonstop blogging (and 2 days fo migraines....) Sasuke 21 blog is DONE!!!!! It's in 9 parts (yes.. I went insane with the screenshots) so at the bottom of each you have a link to the next blog. More runs of Sasuke 21 (those deleted from main broadcast) will be shown as they have been.. in future Sasuke Maniac episodes (like.. tomorrow)..
Okay.. until then.. I went to check blogs to see if there were new ones. Sure enough there were 2 of them. Looks like Naoki Iketani has created a new (and more updated) blog with pictures of Sasuke. He had a total of 4 entries on Sasuke on the new site. 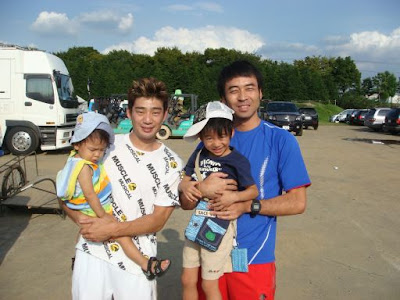 Filming on her wacky and one of Sasuke
Then, at 93, has played 94 of the second and
Unfortunately, both of FASUTOSUTEJIRITAIA
Now, I'll clear them.
KOKUSAN, Thank you Gigi's comments.
You "- a cute," said the report is complete.
So I also want to update.
So we
Thanks also the first time the people of rice. 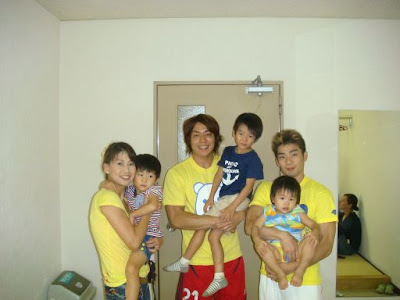 You Miyazaki's Handball
I almost made it the third-stage. But the second was a good feeling.
What photos of the house and Ikeya
Why do adults, or yellow
I happen to
However, Mr. Nagano's nice.
No, whose third-stage experience, but I think they know.
I have quite that far
Wow.
GANBARIMASU their own. 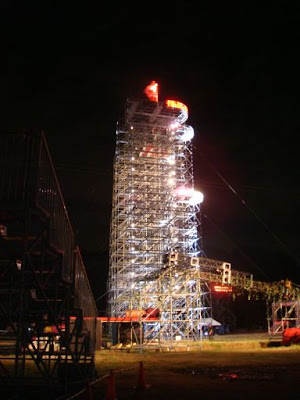 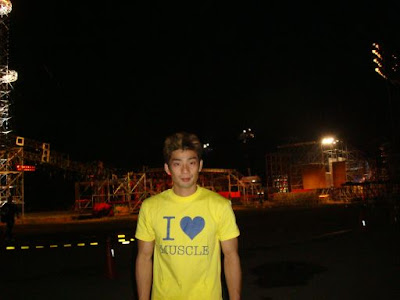 OA saw Sasuke.
Drowning.
Is the KETA JANPINGUSUPAIDA
Flying shooting
I jump too
Is not approach WAKARAN
But. - Drowning.
Next we must 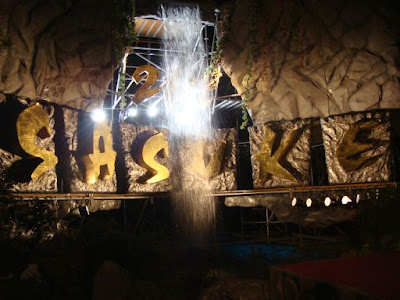 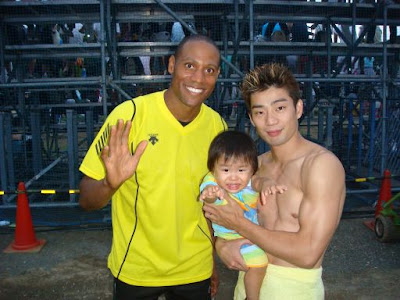 Naoki with his daughter (who wants Mommy!!!) posing with Dante during Sasuke 21 ©Naoki Iketani

New blog. DAIYAMONDOBUROGU. Many photos and some are? You're good at?
How to play a little bit different because it has DOGIMAGI
For a moment, please. GAMAN. And updates from the mobile, PC and the full Updates from GANBARIMASU update.
To update a lot to learn how to operate
I hope this blog.
Sasuke see me today?

Unfortunately, it was retired in the first stage and then it would have been harvested, the following should be clear
GANBARIMASU. In the update immediately.

Okay! Now I went to Daisuke Nakata's site to see how he was doing! I was happy to see he addressed the question in EVERYONE's mind :) 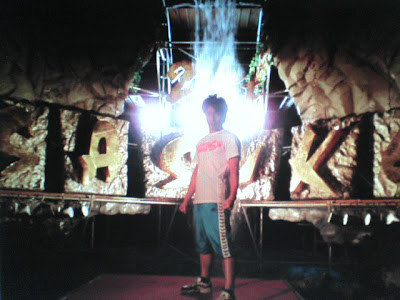 (without italics since it's a bit hard to read) 2008.09.16 (Tuesday) OFF is ☆ 3 days. What is it the first time since June might holidays! The first time that I felt! Did you mean the end of the summer! I had never been to the sea (tears) ・・・ But it was a special summer, Oh well! SASUKE performance in the All-Stars 15, you have a special guest appearance was in ☆ These people are coming so that the muscle was an outbreak of battle! And I also do in class to fight Sasuke All-Stars proud of all those huge muscles, so I do not want a confrontation - and that will be Feel. Well, we absolutely can not win in IKANAKYA. The x4 1 minute by the team! MASSURUCHIMU the third of four people as members struggled! 1 eye, and the second for a total of 20 times the number in the state is behind in one's turn came to me. Two years ago I was in the stage of fast Muscle, so I had to do, to some extent IKERU I did not expect, but I did 168 times the total number of the team's record is only one difference! We really do not like it at GACHINKO doing OK! How to deploy it for TV! It's time for the next before Ikeya certainly will pursue the CM's (laughs) This is where I spoiler, and the September 23, MASSURUWARUDO, please refer to the program! Results were OMOSHIROI ☆ Saturday (20 days) from the remaining three additional performances! We have no regrets in that KE KEMASU! Please, please come to play! ・ Get imminent danger was over (sweat) 17 (Wed) 18:55 to 4 hours of spectacular fall of the SASUKE2008 (TBS series) has appeared in! The picture also appeared before - and I think it was the autumn of 2006. I see this, thank you for a good result SASUKE have left my ☆ But this has become very difficult to get air after only. Muscle at the site were photos not say so, but it's saddlecloth number is the number 88! Enjoy! 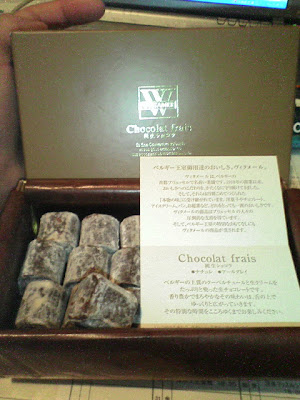 Daisuke Nakata shows a gift given to him after Sasuke 21 ©Daisuke Nakata (Picture caption: ↑ It's WITTAMER (VITAMERU) called genuine Belgian chocolate (NACHURE) What, but it required good enough delicious! Chocolate was so delicious! ☆☆☆ I was in love ☆ ☆ ☆ Please try it!

(without italics since it's a bit hard to read) 2008.09.17 (Wednesday) I saw you fall SASUKE2008. I played quite long, but in the meantime quite a bit is renewed only surprise! But the 1st stage of the day for the first time in the morning to see quite a while if you're looking set to capture vivid images I that has been so completely did not feel nervous. I can be the judge of the matter is not whether to have an understanding that the more I think it's good. NAKYA's like a trampoline sports and instantaneous decision, that the image of speed and skill in working to connect Can not be. ETARA good first step is a trampoline competition (sweat) Many of today's air mail received after ☆ Appreciate all we've got a read! Among the injured was? Many of the things that are included in one piece, finished! However, in the hands of shame that I have a weak grip (sweat) The usual things like (2nd Stage) do not, but it seems no small part from not yet healed But more and more training and I want to be a strong man! So, do not worry about (laughs) I GOMENNASAI got pathetic show. However, to do too much, and Sasuke's All-Stars in Nagano, Mr. Takeda Was Cool! ☆ They really refreshing, straight, I'm home working ☆ Sasuke: I need a job ~ ☆ Daisuke-kun of course, Miyazaki! But you see the show in recorded tired (laughs) In particular, saw the 3rd stage is likely to muscle pain. I no longer required to sleep ☆ In front of the TV people who support me, thank you!

Posted by Arsenette at 2:11 PM