Muscle Musical - Las Vegas 2009 announcement ©Monster 9
As I had posted back in June, Muscle Musical (created by Monster 9 - the creators of Sasuke and Kunoichi) are bringing their show back to the Las Vegas Strip. Some time had gone by without any updates but today both the Muscle Musical site and the The Imperial Palace in Las Vegas both showed the dates of the show. It starts this Friday, July 31st and runs through next year.

Muscle Musical seems like they will be splitting the normal cast (and even a few of the MM participants in Sasuke) since the summer show back in Japan is going on during the same time. This means perennial Sasuke participant Naoki Iketani will not be going to Las Vegas this year. Daisuke Nakata will be also be in the Muscle Musical back in Japan.

As I mentioned before perennial Sasuke performers will still be a the Las Vegas show starting this Friday. The list of participants (it's split between male and female and as of yet there are no photos) are in the latter pages of the website still in Kanji. From the names I was able to figure out:

Males: (noted which Sasuke's that I have blogged where they were participants) 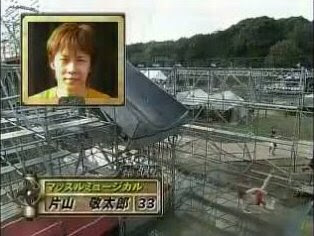 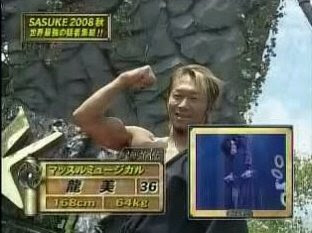 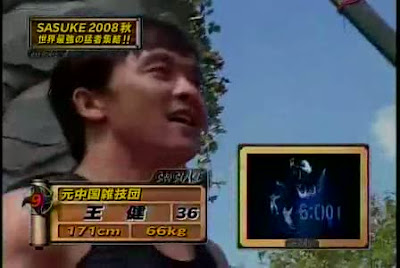 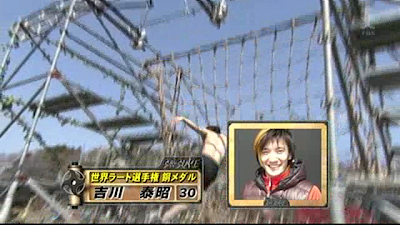 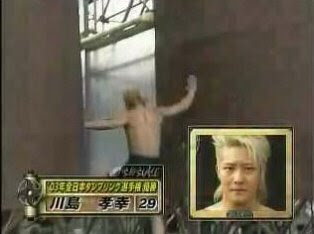 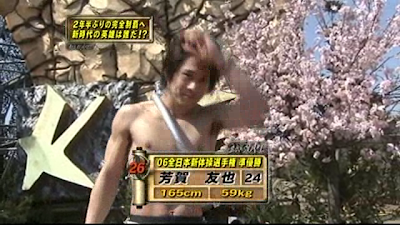 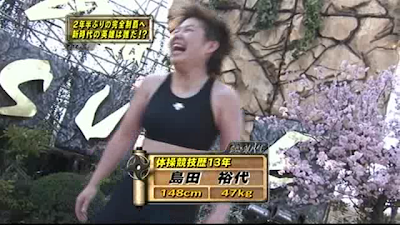 It's nice to see a few names I recognize (especially recent Sasuke's I've blogged) getting an opportunity to perform in Las Vegas! Hopefully they will enjoy their stay here in the United States and get an opportunity to meet the Sasuke community! If you get a chance to head to Las Vegas check out Muscle Musical!
Posted by Arsenette at 1:58 AM

I got to see this show today and was blown away by the athleticism these performers displayed. It really helped put into perspective how difficult the Sasuke course really is if these exceptional athletes aren't able to complete it.

Thank you so much for the mini-review :) I'm sure they will be happy to know that it's being well received here in the USA. Didn't get the opportunity to travel to see it yet. :( I might not be able to so it's nice to know you enjoyed the show.

Another thanks for sharing this news. I went to see this last week while I was in Las Vegas and it was a good show (except for the $4 mini waters from the theatre bar :). The stage design was fairly simple, but the performers were all impressive. We ended up thanking someone who looked like the producer after the show, letting him know it was cool to see people who had competed in Sasuke.

If anoyone else is going, there were discount tickets available at Vegas Tix 4 Less (not Tix 4 Tonight) in the camera shop in the Showcase mall on the Strip (the one with the Coke and M&M stores).

Thanks! They have been adding new dates and it's going all the way into the middle of September now. Happy they are being well received. (and thanks for the tip on the discount tix) :D