Today we got some pretty awesome news.  It all started out with a few tweets this morning from the official Sasuke TBS Twitter account.  They were posting about some Nico Nico broadcast for Thursday, March 12 (It says 29:00 soo.. 5 am on the 13th Japan time).  So if my conversion is correct, those of us in the west can see on March 12 during the afternoon. 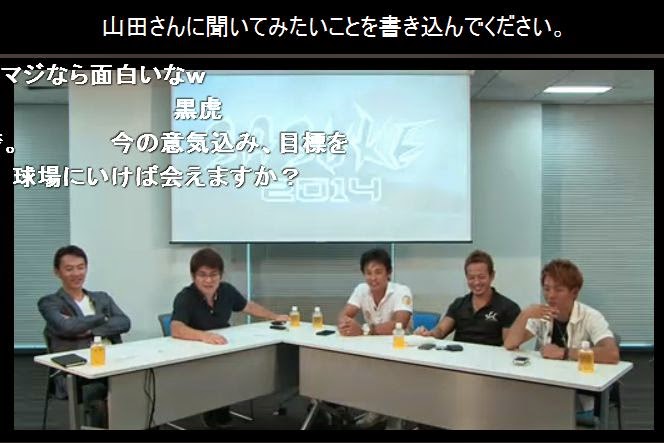 For those who are curious.. what is Nico Nico?  This is the online streaming service that was used during the Sasuke 30 broadcast that had commentary on the tournament while it was airing live in Japan.  I'm assuming that this particular stream will only be Inui on there (since the man doesn't sleep...) talking briefly about the entries and then announcing the winner (more on that later).

Here are the tweets in question: Tweet One, Two and Three. And Inui's confirming that as well.

The long and short of it is that TBS is holding a small contest directly tied to the Sasuke 31 tournament airing later this summer.  Ube found some information for us on how this works (Thanks Ube!) and did a quick translation of what it is.

Ube's post on SFM:  Keep in mind this is a quick look at everything.
TBS is asking for fans to submit their ideas for SASUKE obstacles. They will go over the ideas live on Nico Nico on the 12th. The winners will get their obstacles made (or modified) and earn a chance to go to the show.  The deadline is March 12th although since that's the day that they are doing the live stream, you should probably try to get it in earlier.

What to do:
Draw a picture of your obstacle. Put your name on the back. (Or the obstacle name, it's not very clear).
User paper from A4 to A3 size.
Put a brief clear description of how to clear the obstacle.
It can be for the 1st or 3rd Stages.

I don't want to get people down but I'm going to bet that they'll lean more towards Japanese entries mainly because those will be easier to understand. 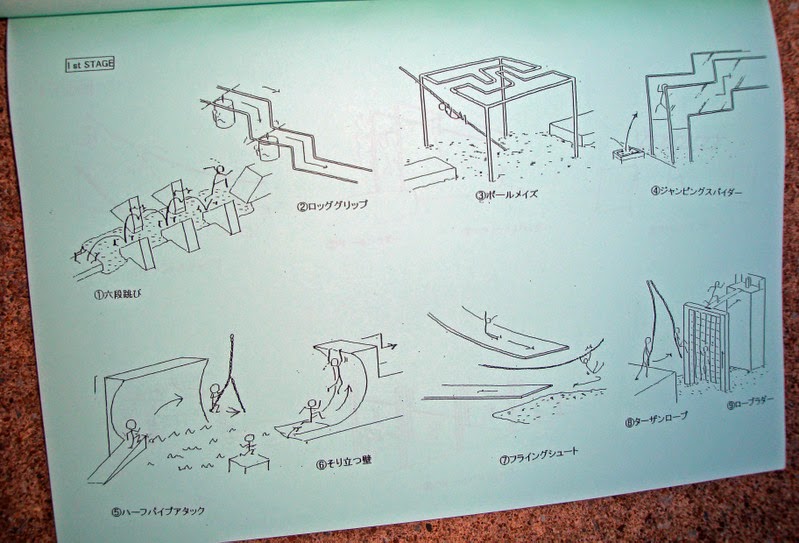 I personally am happy to read that they are doing this. As many of you know I've been critical of TBS in the past for not showing enough love for their own franchise. Seems they now are taking it seriously and doing small things here and there to help keep Sasuke relevant and on everyone's mind. The nice thing on top of getting fan interaction is the fact that they are giving one lucky fan a chance to actually contribute to show they love by adding an obstacle and have a chance to see said obstacle in person. I think that's really awesome! For those who have been OBSESSING about obstacles, now's your chance.  Granted, just like Ube said, priority will be to the Japanese entries but it's nice that they are listening to their hardcore audience!

Btw as a reminder, Sasuke 31 is set to air later this summer on TBS. No date is set for that airing yet. Once we find  out I'll post about that. In the meantime, thank you all for your awesome and generous support! I'll be going to see the tourney live!  As best I can and still keeping with the NDA I'll post here of my adventures. Please remember that I'm limited as to how much information I can disclose until after the official airing later this summer.
Posted by Arsenette at 6:19 AM

Thank's Arsenette! I hope to see the obstacles the fans have made! And hopefully the competitor's list!

I'm looking forward to the broadcast as well. It's unique and so I'm not sure how it will pan out.

As for competitor list, the tournament hasn't even taped so we won't get that list until a couple of weeks before the air date for the tournament. Heck.. the application deadline for trials/auditions hasn't even passed. :)

It's a good idea. I can think of a few ideas myself but I think the best one of seen was on a video. It was hanging blocks that were actually peg boards looked like a nightmare as every time they tried to get the peg in the block moved and spun

I think a jumping cliffhanger would be cool. Put a mini tramp in front of the cliffhanger and voila!

LOL I submitted my modified pegboard obstacle (the simple version) for the 3rd stage. Inui already knows I want that damn Sasuke/Viking sign but he hates how obnoxiously big the obstacle is. (LOL I've been asking since Sasuke 28) He doesn't like Eyesore obstacles that dominate the course. So, I made a smaller version that can be tilted in any direction depending on where they need to fit an obstacle or bridge a gap or even rise to the next obstacle. Again, I know it will be rejected but I wanted to do it. :)