A note from me

I've been thinking about this for a while now and given my experience doing this for 8 years and the recent turn of events over the past 2-3 months, I decided I'm going into semi retirement.  I've mentioned before that I'll continue doing this until it's no longer fun. I've now hit the stage where I have to refocus my efforts to make it fun again.  This involves shifting my focus elsewhere in order to make me happy again.

What all of this means:

What I mean is that Sasuke 32 will be the last full season I'll cover here on Rambling Rican. This means that Sasuke 32 will be my last Spoilerific Review. It will be my last tournament where I post news and happenings of the world of Sasuke. I'm going to shift focus on the book I've been trying to write but have been distracted by other things. I'll still be here but in a limited capacity starting from around August or so (whenever I'm done the Sasuke 32 blog). I'll finish all current projects but I'm not picking up new ones. The negative season has finally taken a toll and I'm no longer interested in keeping up with the spin offs and political issues going on in the world of Sasuke with NBC growing in strength and reach. I'm also tired of the constant hate mail that has besieged me over the past couple of months from ANW fans. I'm going back to basics and going back to just being a fan of Sasuke. Sometime during the past couple of years I forgot why I love this show. Writing the book will be a cathartic experience and important for me since it gives me the opportunity to thank all of those who have supported me unconditionally throughout all the years I've been doing this. This book is for them. 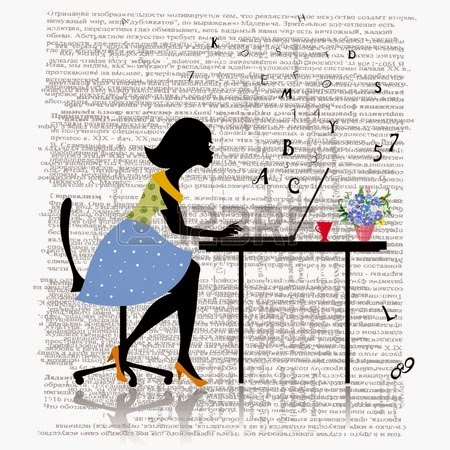 Ultimately I'll see how things go. No one will really notice much of a difference until around the end of summer. I'll make a decision on what happens after that. In terms of SMF, I'm not going anywhere. I have to deprogram myself to responding to all information requests. However, ultimately that is my goal. To not just be a talking head or a vomiting encyclopedia of politics. In terms of news. I'm done now officially with all spin offs (which includes all regardless if it's TBS, ATS, Eccholine, NBC, etc.) since ultimately this involvement has caused the most chaos in my life. So on that aspect I'm going into FULL retirement effective immediately.  For Sasuke 32, I'll complete the full season as planned. Final Stage Podcast will continue as long as William and I want to continue though later in the summer it might change in format. That part hasn't even been discussed and Lord knows how I'm going to feel about that later. I really enjoy talking to William and people have been positive about the podcast in general. If anything it may give us the opportunity to talk more about the show sans politics. It may be a boon to the show. We'll see. William and I haven't had a conversation about it honestly.

Hope for the future:


Ultimately while I'm not going anywhere I wanted to thank you all of you for supporting me. I may not agree with all of you but you are still a part of this community and as a result a part of my life. I figured since I'm usually one of the first people to post news, etc it was important to let people know of that change. I want to encourage all of you to seek out that information on your own. On the boards, thanks to those who stepped up on the ANW side when I stepped back from that duty last year. I'm happy that continues so people can engage with the fandom in an organized manner that hopefully prevents those who are leery of spoilers to have a place to still be a fan of the show without knowing every detail. I hope the same happens next year for Sasuke.  In the meantime for long-time Rambling Rican readers, I'll still be here in some capacity. I am going to work hard on the book and I'll be posting updates on the progress in earnest here. I still plan on working on the YouTube page as a way to still get my geek out on Sasuke. But the days of the information gathering/news is officially over. I just don't have the heart for it anymore and frankly it stopped being fun.
Posted by Arsenette at 7:14 AM

Take it easy, and always remember to enjoy your work. Thanks for all the coverage so far.

I'll update everyone on the Japan Trip next week!

"I'm also tired of the constant hate mail that has besieged me over the past couple of months from ANW fans."
I feel horrible for you for that. The last thing I wanted to see for you is to lose the fun of this. To anyone out there who has even thought about hate mail, let alone to Arsenette, why? Is life so horrible that you have to send hate mail (and I'm not talking about legitimated disagreements, we don't all agree on everything) to make others miserable? American Ninja Warrior can do what it wants, and I appreciate it for what it is, flaws and all, but it all started w/Sasuke and Nagano/Shingo for me, and appreciate you coming along around the time I noticed it, too. There is enough room for everyone without being hateful. I hope and pray the Japan Trip and the competitors remind you about why we started following this in the first place.

Oh, one other thing. THE Geoff Britten contributed?! Really?!?! Wow.

Oh, Arsenette, sorry, I forgot to put my name Rod on the comment including Geoff Britten. Have a safe, enjoyable trip.

What's important is you stay true to your own interests and passions, and don't force yourself through tasks/hate mail that make you miserable. Honestly Arsenette, I wish you the best in anything you do, a great trip to Japan and that your hope and enjoyment of both Sasuke and what you do returns where it once was. Best of luck for the future :)

You've got to do what's right for you. I'm always amazed that people bother with hate mail just ignore it. I hope the trip goes well and you get what you need for the book. :-)

LOL Yes Rod "THE" Geoff Britten. He's a cool dude. And yeah.. it's been this way for a long time but the past couple of months has been unbearable. Once I made the decision to move on I started to feel better. It will take a while since we are literally mid-season so once it dies down and I'm concentrating on my book I'll be better.

Thanks also Jack and fluffy for the well wishes. The trip is coming up soon so I'm running around trying to get all of the stuff organized before I leave! AAAAAAH.

I'm happy to have made the decision and even happier that you guys are really supportive. It's because of that support that I'm still here after all of these years. I look forward to the next chapter and hope everyone enjoys what I write. Then I get to be anxious to see if anyone thinks it sucks! LOL!!