Did a quick video update covering a few topics on my YouTube channel. I talk about upcoming blogs on the 2016 Maguro Festival, the release of the current episode of the Final Stage Podcast (Episode 13), the upcoming Japan Trip among other things.  I hope to get the next video in the series of Rambling Rican in Japan (Part 7) before I head out to Japan.  We'll see how it goes! 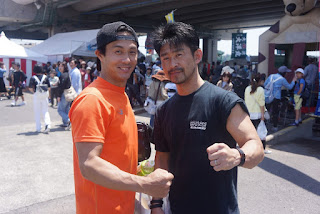 While I work on all of that, head on over to Lost in Ube to check out his collection of photos from the 2016 Maguro Festival! ♥ I will get to my blog with the rest of the photos I found online at some point hopefully before I head out to Japan this year.
Posted by Arsenette at 2:00 PM