Another vlog!  This time I'm answering a bunch of questions about the state of the IndieGogo Campaign along with other updates from both the Sasuke and Rambling Rican World.

I do read your comments on YouTube! I just can't comment in the comments section since I don't use Google+ on the YT Channel.  I'll comment to them in latter videos and on my twitter! https://twitter.com/Arsenette and of course here on my blog. ♥

Music is "Parasail" by Silent Partner 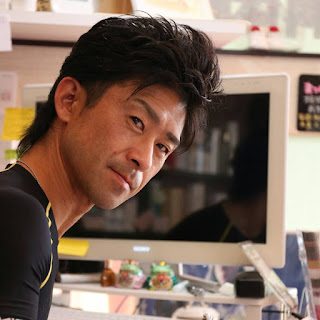 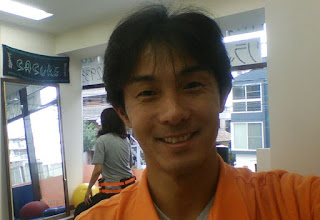 I've added 2 more Sasuke stars to the list of competitors willing to sign autographs for the campaign!  I really appreciate the Sasuke All-Stars for coming through for all of us! They are added to the list which already includes Grand Champion Yuusuke Morimoto, Finalist Tomohiro Kawaguchi and 3rd Stage competitor Shinya Kishimoto! 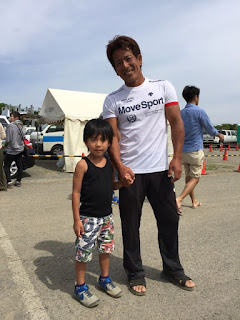 All-Star and Grand Champion Makoto Nagano 長野誠 with his son Kaiou during Sasuke 31 ©Arsenette
April 1, 2016 (no, not a joke) - Added Nagano to the list of autographed photos! ♥ I'm asking around for more so I'll keep adding here as I get them. 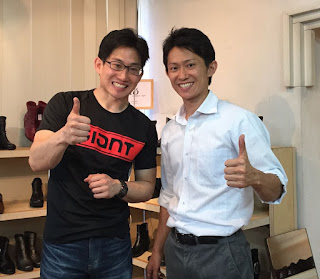 Hi Arsenette, I run a YT channel based on Sasuke and would love to donate. Because I live in the UK, is it possible to donate in pounds, or still receive the perks? Just wondering, and I'll still donate even without any perks:)

Aww that's sweet! Yes you can! I had a lot of international contributions last year. The website takes credit card and paypal. Both will convert the money from your currency to mine. And yes if you chose perks you will receive them! ♥ I posted where the price for shipping is on each item but just like last year if you get more than 1 item I'll put it all in the same package to save on shipping.

If you want, I can make a quick Vlog for my channel, directing ninja fans to the campaign page? It wouldn't be much hassle. I have around 300 subs, and all of them are into Sasuke, so them may be willing to donate...

Only if you want! Fundraising is difficult so any help would be greatly appreciated. Thanks for the support!