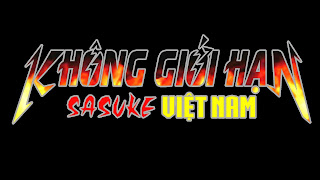 "SASUKE VIETNAM" INVITES CHALLENGERS FROM AROUND THE WORLD TO TRY OUT FOR ITS 2nd SEASON!

Locally produced in Vietnam by national television network Vietnam Television (VTV) "SASUKE Vietnam," the local Vietnamese production of TBS’s sports entertainment program SASUKE, will begin shooting its second season in April 2016. The producer and manager of all related events, VTV, is currently inviting courageous challengers from across Vietnam, Japan, and around the world to participate in the grueling competition of SASUKE!

For details on how to apply, please see this link on the VTV website:
sasuke vietnam website (Dead link)

All information, questions and concerns about the event and it's organization please contact Sasuke Vietnam directly.  If I find out any information I'll be sure to post it here.
Posted by Arsenette at 11:01 AM

Well didn't see that coming I'm not remotely fit enough or able to afford to go. But hopefully one of the competitors from ninja warrior uk will represent.