I just realized I never posted on this, but last week I got my approval for my Sasuke panel at the anime convention called AnimeNext.  If you remember from last year, I did my very first panel named "Sasuke/Ninja Warrior impact in the USA Market".  My goal for this year is to rework the same presentation. I learned a LOT from last year and I have to tailor the presentation to my audience which comprise predominantly new ANW newbie who haven't had the benefit of being up to date with the current iteration of Sasuke still going on in Japan.  With G4 gone, and both NBC and Esquire not showing Sasuke Rising, outside of us hardcore fans, most people just have not seen the new shows (Sasuke 28-31).  I was happy (but surprised) to see how eager the audience was to hear the information.  I was a bit sad how little Sasuke information was out there so I have to make sure that I cover mostly the Sasuke Rising era more prominently.  They have missed 4 years of tournaments! The anime convention is as the graphic says, at the Garden State Exhibit Center on June 12-14, 2015 in Somerset, New Jersey. I'm not entirely sure which day I will be getting (hopefully the Saturday) but I'll post any news on that as the date gets closer. Wish me luck! 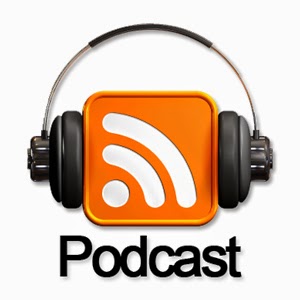 I've been asked A LOT during the past 7 years I've been doing this blog if I would be interested in doing a Sasuke podcast.  I've done a few YouTube interviews before but I've been hesitant to do more for a number of reasons.  However, after the experience from last year's AnimeNext and the huge support for my upcoming trip to Japan to write a book about Sasuke's history, I decided to give it a shot.  I'm partnering up with my friend William Marchese from TwoDashTwo for the podcast which I hope to do on a monthly basis.  William has done a lot for the Sasuke community including hosting live Sasuke tournament Call-In Pre-Shows over the past few years. He's also held successful Sasuke Guessing Games on SMF for every tournament among other things in the years he's been a fan of the show.  You may have heard the name on my blog as he was one of my videographers for the AnimeNext panel last year. I'll let you know when we have the first episode up as he will be co-hosting with me and will house the video of it on one of his YouTube channels.  We are still organizing and still coming up with format and name of the podcast. I'll keep you posted! 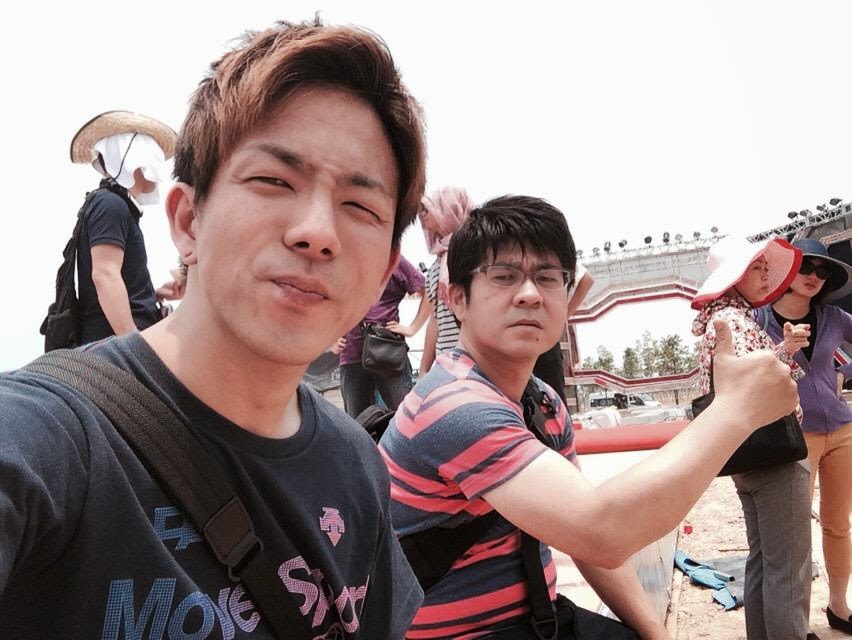 
Meanwhile later this week starts officially Sasuke Vietnam's taping.  Director Inui finally was able to make the trip to Vietname for the final preparations. Along for the trip is 2-Time Sasuke finalist Ryo Matachi. You may have remembered him from both of the USA vs. Japan and USA vs. World shows that NBC hosted.  As expected.. it's friggin' hot during the day... gotta love the South Pacific.  All of the official taping though will occur at night when the temperature is a bit more tolerable.  They are however expecting thunderstorms during the next week so this ought to be a wild ride.  Taping is expected to take upwards to 2 weeks. 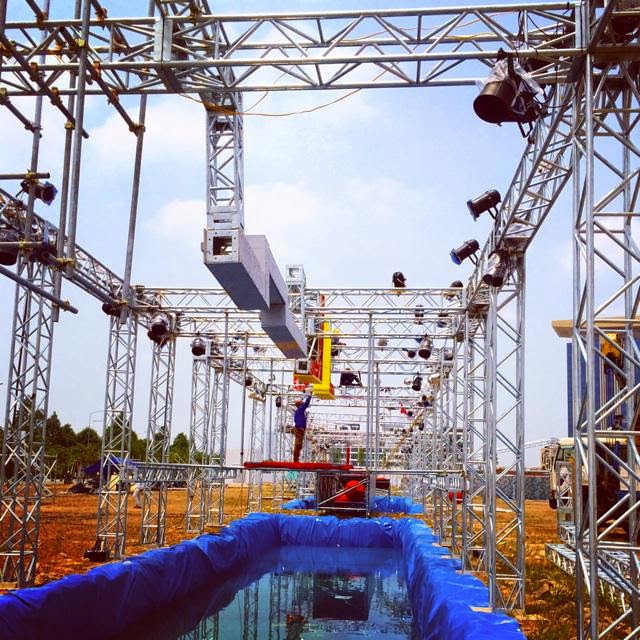 
Director Inui was nice to post photos of the course as it's being finalized.  Thank you! Taping starts on Friday so these are photos from the weekend before.  I do notice the pool liners!  Oooh if Japan was as clean.. LOL! 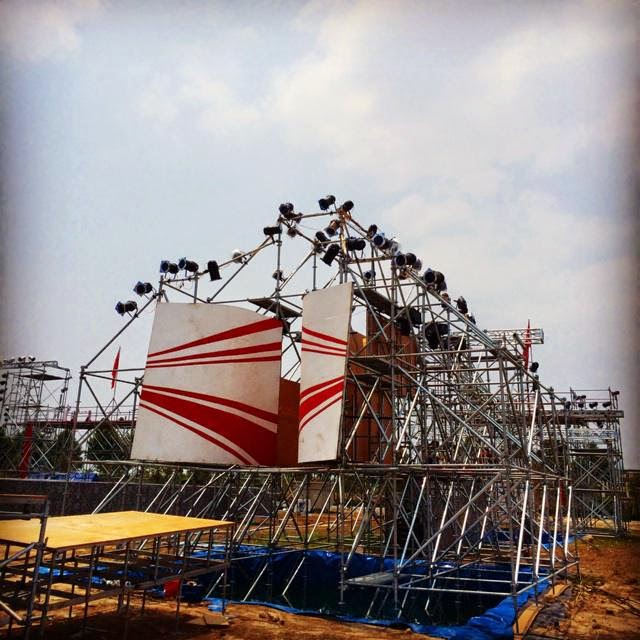 
I can't tell from this picture of what comes before it (as I had some questions on whether or not it was the cross bridge or the hedgehog.  I'm sure we will find out soon.  Either way, I see that they are properly painting the obstacles as was presented on the 3D mock ups. 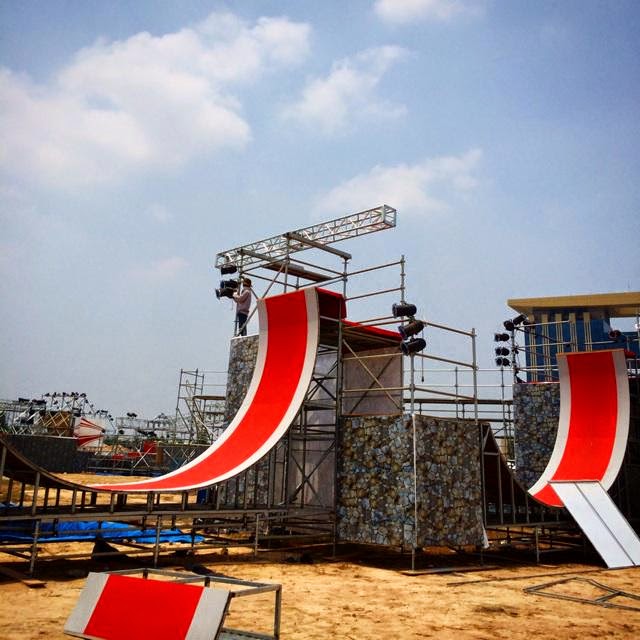 
I still find it amusing that they put the Double Warped Walls at the end of the 2nd stage. I'm curious how the Vietnamese will do on this course!  All in all I'm very happy with how the production is doing and the fact that they did manage to build a 4 stage course.  This is now officially the 2nd spin off (after the USA) to successfully build a 4 stage Sasuke inspired course. I'm glad TBS is building it though, with the disappointment of the ANW spin off's having a very muted regionals style course, it's refreshing to see the big one being built. It's just awe-inspiring.
Posted by Arsenette at 5:43 AM