During the Sasuke 30's extended rebroadcast today we received 2 pieces of information. The first is that we got confirmation for Sasuke 31!  Director Masato Inui 乾雅人 is returning to direct another tournament. Seems now that behind the scenes this iteration of shows are in the Sasuke Rising "era", however we will always know and refer to them by their numbers.  Sasuke 31 is officially slated for "Summer" SASUKE 2015夏（仮） (similar to last year).  TBS created a page for Sasuke 31st Annual Meeting on their Sasuke Rising website and updated both the TBS International Facebook and their Sasuke Rising Facebook along with their official Twitter. There was quite a bit of confusion when "Sasuke Rising" title first came out for Sasuke 28-29.  To help explain it further though for those who are still confused, in the past we only had "Sasuke" at the title all the way up to Sasuke 27.  After the bankruptcy of Monster 9 however, the title changed to "Rising" delineating when the tournament was under full TBS control.  I like to think of it as BM9 and AM9 (Before Monster 9 and "After" Monster 9).  That said, I'm excited! 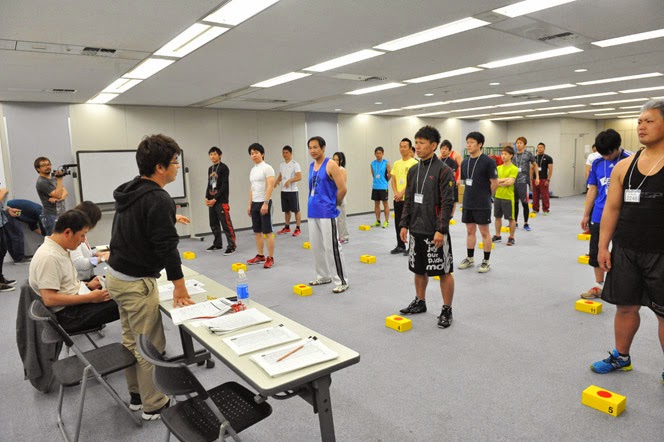 Along with the official Application is the announcement of Sasuke Auditions. Sasuke 28 auditions were held in 2 different cities in the country and Sasuke 30 auditions was the same.  Seems for budgetary reasons we are doing that again for Sasuke 31.  The cities are set for Tokyo and Osaka (same as Sasuke 30).  Also same as last time, they are projected to be sometime during the month of April (seems by the application it will be early April). Deadline for applications is March 22! And as a final note, it is unknown at this time how international competitors will be handled.  If I find more concrete information on the subject I'll post, however now that the ASEAN event is no longer active it seems that only direct guest invites will be the only way to get to Sasuke these days sad to say. If you live and work in Japan however, that option to enter auditions is still open (which is a relief).

The second bit of news was the announcement of Sasuke 30's official DVD box set.  The unfortunate part of that news is that it's Japan only and not region free like we've petitioned in the past.  No other information was given other than Spring release and once that is posted I'll write about it. However, it will be a Region 2 DVD and is expected to be extraordinarily expensive with multiple disks.  I don't have high hopes for it and if it's too expensive, it won't sell well. If that happens, I doubt TBS will ever do it again.  Sounds counter-productive if you ask me.  Working on a solution for it but we'll see. For now, progress is being made with the attempt to sell the 30th Anniversary tourney with all (but Yamada's) run in full.  (We will finally see Ishikawa! LOL) I suspect that's about 6-7 hours long!  I'd love to see it....

Along with that I should be getting the campaign to get Rambling Rican to Japan for Sasuke 31 up and running this week! As I mentioned before, Starting in the first week of January, I will be putting up a huge fundraising project on Indiegogo to help fund a trip to Japan.  I had to iron out all the financial planning stuff this week somehow during the holiday and should get all the receiving information finalized and the pitch video edited.  That was .. interesting to record.. LOL Once I get all of that done I'll post about it!  Crossing fingers and wish me luck! 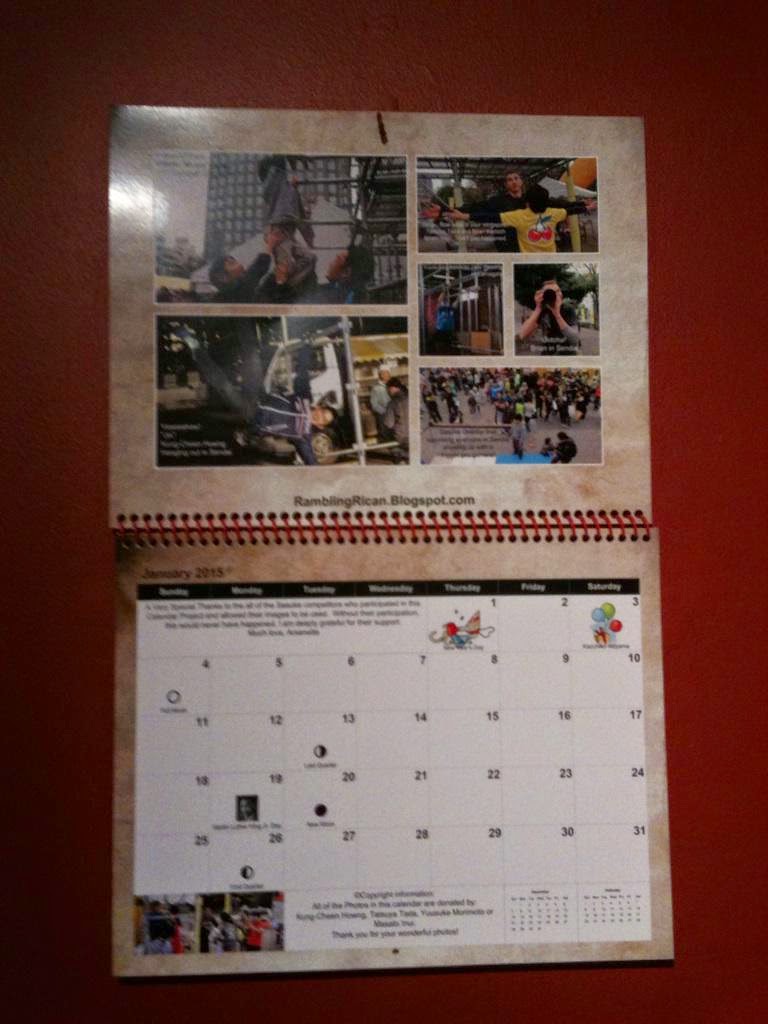 Finally, thanks for those who have been buying the Calendar and sending me photos!  Thanks for the support!  I get a kick out of people letting me know they bought it and the Japanese are fascinated by something they've never seen before! LOL
Posted by Arsenette at 3:06 AM

Cool, do you know who out of the All-Stars are going to be there? I'm hoping Yamada is there so we can see the dramatic show he puts on at every single competition. It's a shame he was cut in Sasuke 30.

Out of the All-stars I expect Shingo, Nagano and Takeda. There's a possibility that Bunpei will return but that's up to him if he's well enough to do so. Akiyama sadly retired and Yamada has been banned from the show (long story but he pissed off the wrong people this time - mental note for anyone thinking he's bigger than the show itself). He will not be returning as a competitor. If Yamada returns it will be as coach to the Tigers group. Unsure what their future is either.

It's always such a relief when the next tourney is announced. And with remaining allstars bonus.

On a selfish note if the DVDs are region 2 that should work for me if I can get hold of them.

Come on get your crowd funding page up already you've only got till summer
:-)

The TLDR version of the Yamada ban is "don't bite the hand that feeds you". He got in a huge disagreement and pissed off management. He's gone from Sasuke and was deleted from 30 (of which he competed in). Yeah. It had to be epic to be removed from history.

Hey Ad. I'm WORKING ON IT! LOL The video has been a work in progress (you read my twitter so you know.. LOL) and once I get the video done and paypal and new bank accounts linked I'll be ready to go!

Only teasing I know how many times you've redone the video :-)

1. Still laughing about Yamada. Does that make me a bad person?

2. Reeeeeeeeeeeeeeeeeally hope Bunpei returns. Not holding my breath but he is one of my favorites!!