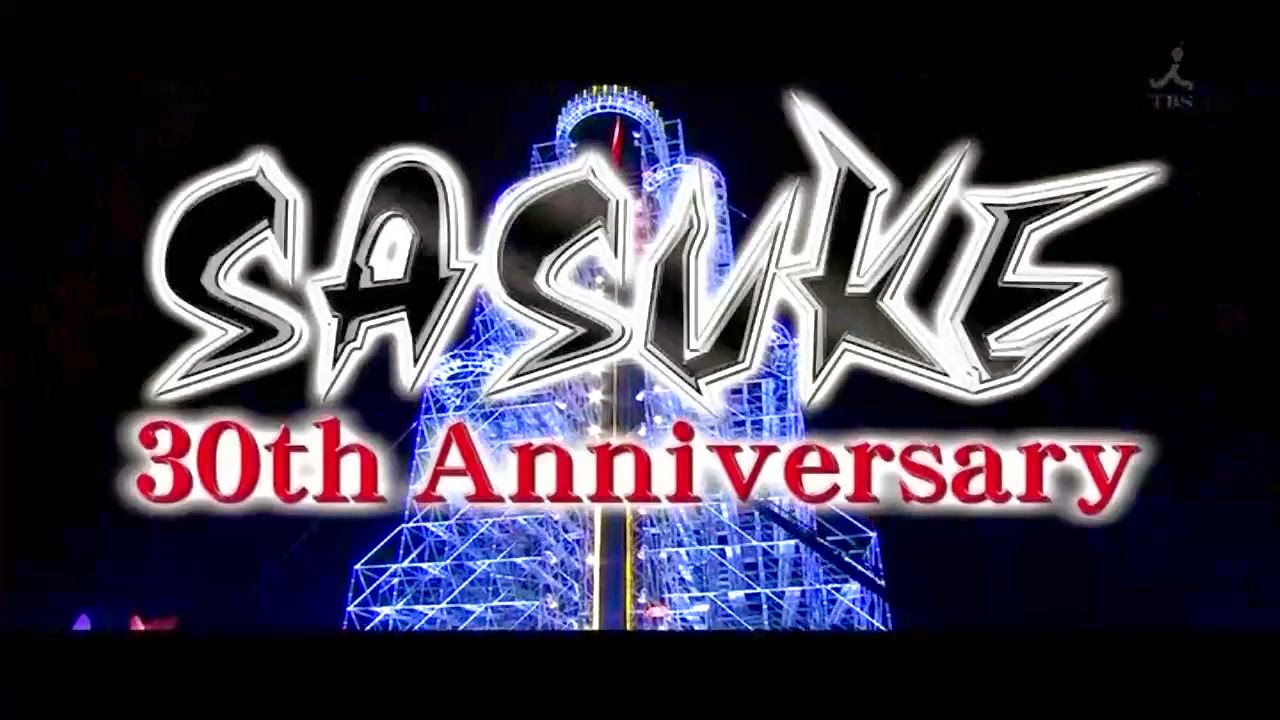 Back on December 5th I saw a re-tweet of a talent agency post (for Kenji Darvish) announcing something I wasn't sure was actually real.  A FULL rebroadcast of Sasuke. To my knowledge there has only been 2 rebroadcasts of Sasuke (Sasuke 23 and Sasuke 24) and both were in the Monster 9 era.  Of note, the two times Sasuke has seen any reruns, Sasuke was heavily edited and cut to either 1/2 or even 1/3 it's original broadcast size.  The complete opposite thing is happening this time. It's actually LONGER than that original broadcast (by approximately 40 minutes). 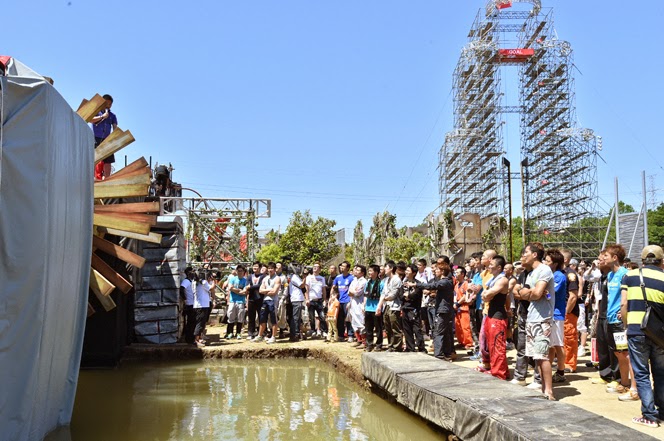 Finally posted on the Sasuke TBS Page and on their Facebook confirming what we found out earlier in the week.  If you notice, the broadcast time is longer than the July official broadcast. I'm very happy about that. I also confirmed that there will be no Navi this time.  It's not really necessary anyway as we know the full results by now. I'm just happy that Sasuke will have some sort of presence now that there is a year break between Sasuke 30 and Sasuke 31 coming in 2015. 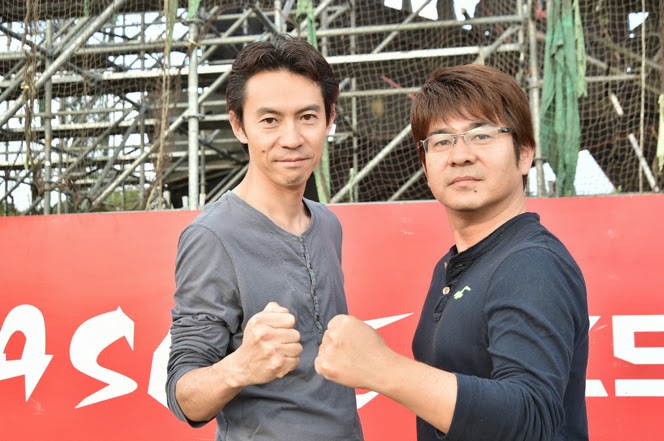 
In response to the longer air time, Director Inui tweeted said that he is indeed reediting the show to include some runs that were previously cut in the July 3rd broadcast to fill out the new broadcast time on January 3rd.  For most of us who love watching the First stage runs it was a great announcement that some new runs will be shown from the 1st, 2nd and even 3rd stages that were previously cut or severely edited! 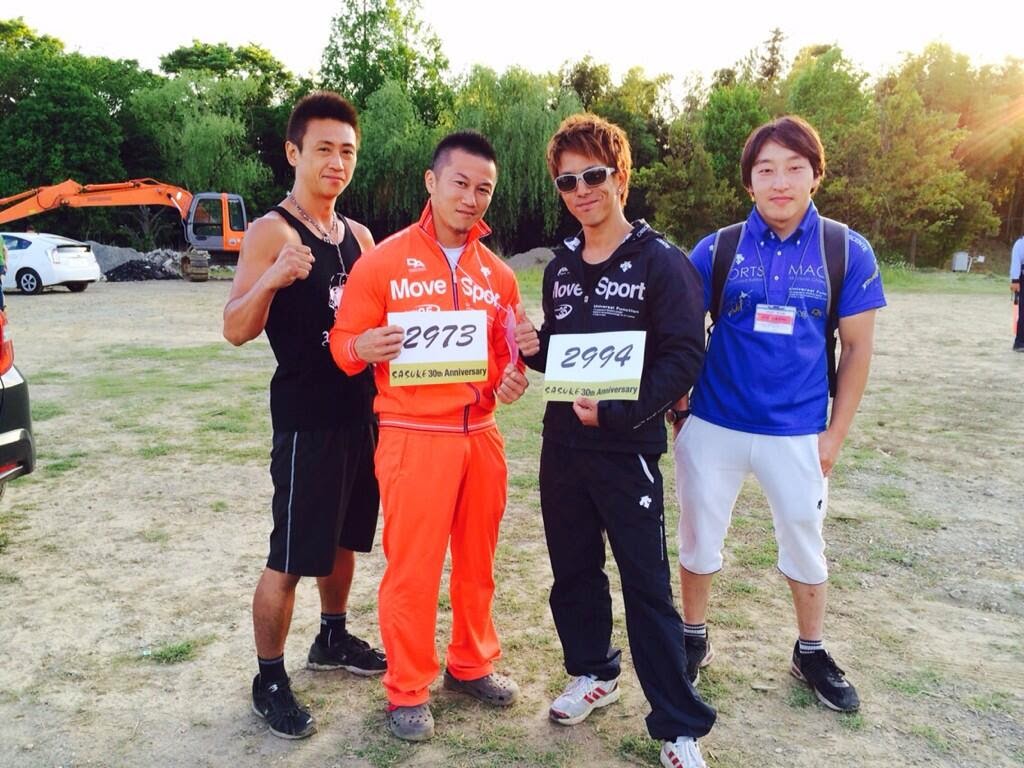 
The news of the longer time and the Inui involvement in re-instituting some cut runs meant GREAT news for people like Shinya (more remember him as the guy that bends frying pans).  From all reports his run was both funny, exciting and stressful all at the same time.  To remind people, his run, albeit a clear, was cut completely and was part of the infamous 7 person Clear Chart™. 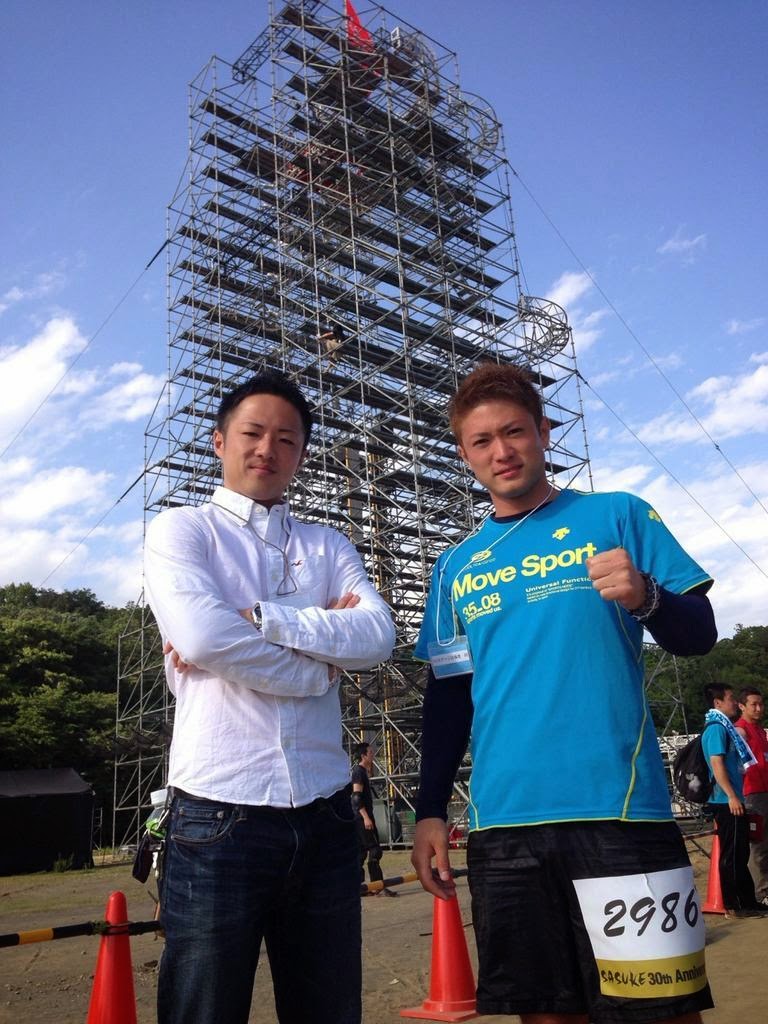 
While not confirmed, it also gives hope that we will see at least one of the stages that Shun participated in.  Along with Lee, he was one of the guy that got his runs triple fast-forwarded. Yes.. ALL THREE STAGES. Here is hope we get to see at least complete one!  I hope many will chose to watch Sasuke during the New Year.  We know that Sasuke has zero chance to win it's timeslot despite the hour simply because they will be going up against a ratings juggernaut in "Hakone Ekiden" on NTV.  (Last year their rating was 27.. yes... 27)  They are under no illusions they will win. I just hope they at least have a respectable showing and provide an alternative for those who don't want to watch the New Year marathon. AIM FOR SILVER!  LOL 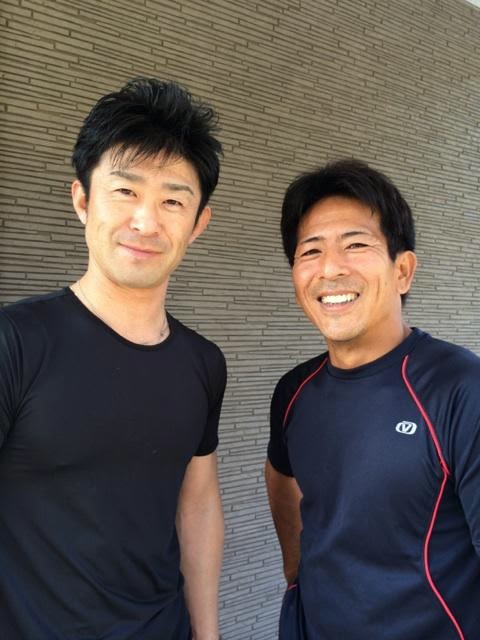 
Because I can.. ehem.. actually this is relevant.  Those following Nagano's Facebook will know that Nagano has built a brand new family home during this year.  Not only has construction been completed but he had a special ceremony done to commemorate this occasion.  Takeda made the trip to help christen the house and even Inui showed up to film the event. Our hope is that we see it in Sasuke 31's Navi since we know that Sasuke 30's rebroadcast will not feature a new navi. 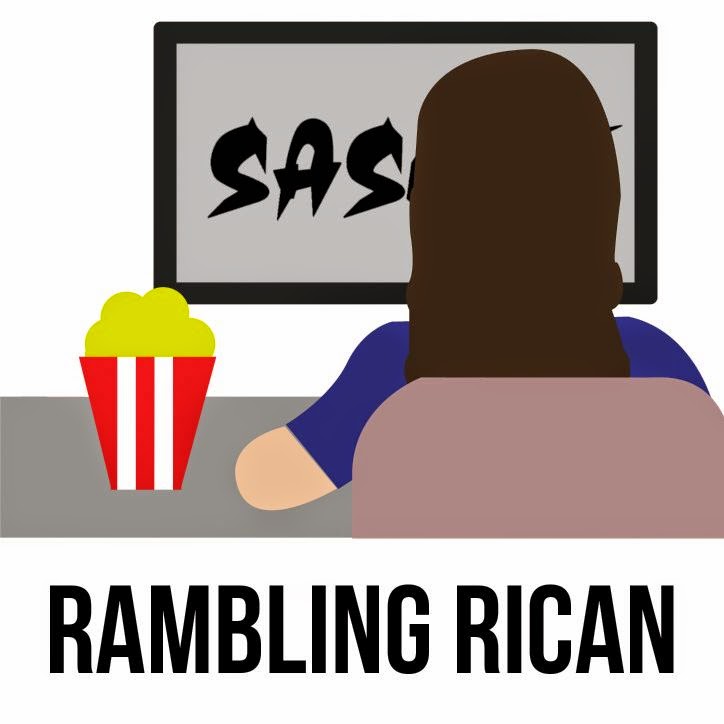 An update on the Calendar and other projects in Rambling Rican.  Starting in the first week of January, I will be putting up a huge fundraising project on Indigogo to help fund a trip to Japan.  I hope to be able to put it up in time for the rebroadcast but we'll see how difficult it is to set up during the New Year.  Please look forward to that as I will need your help to get to Japan to help supplement the book I'm already writing.  Thanks to Philip again for making my brand new logo! I should have the new logo incorporated into the blog and will be cleaning up the sides and banner in the next couple of weeks. Most likely after the holiday season. 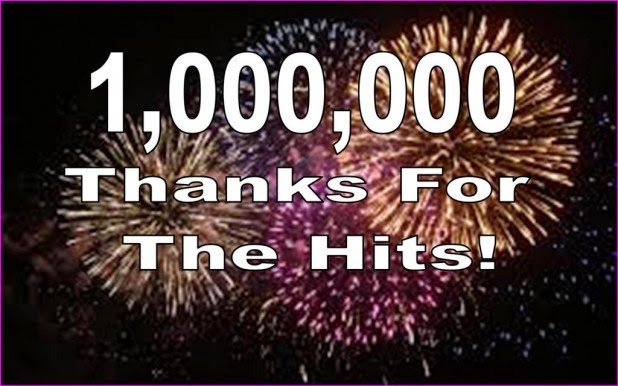 And finally, I forgot to mention on the blog (so sorry about that) but back in September I noticed (and posted on Twitter) that Rambling Rican broke the 1,000,000 views mark!  Actually now I'm at 1,030,000+ now. LOL  Thank you everyone for your continued support these past 6 years. I'm still amazed people come to the site to read anything here!
Posted by Arsenette at 11:14 PM

Aaahahahhaha Yeah :) About that. It was a complete screw up that he was cut from the broadcast. And YES I hope he gets shown!

So excited for the rebroadcast. Especially Shinya's breakout performance.

Just to ask, will you be doing a photo blog of the event? I know the coming weeks, months etc will be busy for you especially with the fundraiser and all the projects but I still hope you can do a spoilerific review of this one.

Thanks! I will but only will show the parts we missed from the original broadcast. I have to play it by ear how I'm going to handle it. However, that's a huge part of my blog so I'm looking forward to the challenge!

So knowing that it was a screw up do you know where he failed by chance?

Yeah. He failed in the 2nd stage Backstream.

I would be shocked if Ishikawa's 2nd Stage run doesn't get reinstated, because that was a complete mistake. At least with the other cut/digested runs, we knew during the broadcast what happened, so I would be surprised if fixing that wasn't on the top of Inui's list.

That said... hell yeah about Shinya's 1st Stage run being in the new edit! Considering the drama, that was probably a mistake in hindsight as well to cut that out, since the end would make great TV.

As for Shun and Lee, hopefully Inui knows by now that they have a fanbase already, and that showing more of them would be good. (crosses fingers) Looking at the clear chart, that might also apply to Morikami, although for both him and Ishikawa hopefully the fact that both were MM members doesn't hurt their chances for airtime in general (I'm not counting putting Ishikawa's 2nd Stage run back in some way, either in full or digested, for how him being in MM might hurt him airtime-wise, although in this case, I really hope that run is fully shown to make up for the initial error.).

You are doing the Lord's work, son. Keep us updated.