Rambling Rican update - Packages are out! 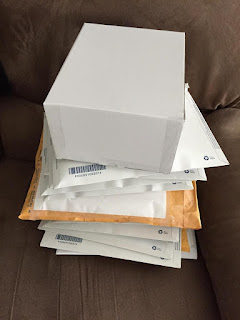 Packages ready to be mailed out! ©Arsenette


Btw while I'm thinking of it (as I do screencaps for the rest of Stage 1 of Sasuke 31), I wanted to let everyone know that the perks you selected for the fundraiser back in February/March have been mailed out! They officially left my Post Office on Saturday, July 25, 2015! 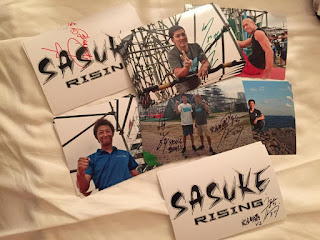 A small sample of the autographed photos received for supporters ©Arsenette


Some of you already have messaged me that they came in!  That's super fast!  And as far away as Texas at that! I am sure some of you internationals still probably have a week to go but I can finally say that it's sent!  I have custom receipts to prove it! LOL 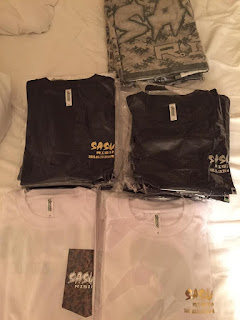 Please let me know when you received it.  I know I'm nervous as this is my first ever crowd fund and I want to make sure that you got what you wanted out of it.  As for me, I'm still humbled by the fact that anyone donated to this fundraiser. I'm so happy and honored that all of you had so much faith in me.  Once my health calms down and I can stare at the screen longer than half hour at a time, I will continue to update the site with what was promised.  First is first is completion of the Sasuke 31 airing then I can tackle the trip videos and photos along with an interview I managed to get on the fly.
Posted by Arsenette at 5:39 AM

Texas! :D That must be me you're talking about! XD But yeah once I have those cute photos framed I will show you! :D