As many of you know by now JET TV is no longer showing variety TV and thus dropped the Sasuke license way back in 2009. With Lee En Chi リー・エンチ doing consistently well throughout the years it was a shame that Taiwan had stopped showing Sasuke.  We had hope when a new broadcaster (Gold Sun 國興衛視 or as others call it "State TV") bought the license and showed Sasuke 24. However, that was short-lived with Monster 9 wanting an extraordinary amount of money for the newer shows. 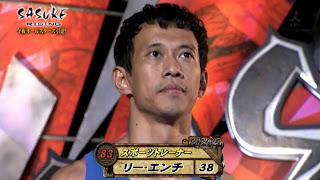 and because there are so many versions of his name and this one is the one I kept for this long.. Taiwan's Lee En Chi リー・エンチ from Sasuke Rising (Sasuke 28)
With the death of G4 and the format of Ninja Warrior (edited by G4TV), the death of Sasuke being shown in Taiwan, and then finally the death of Monster 9 when they went going bankrupt.. it was a grim 3 year void of Sasuke worldwide.  In that interim 3 new tournaments under the title of Sasuke Rising had been taped (2 aired and 1 upcoming) in Sasuke 28, Sasuke 29 and the upcoming Sasuke 30. 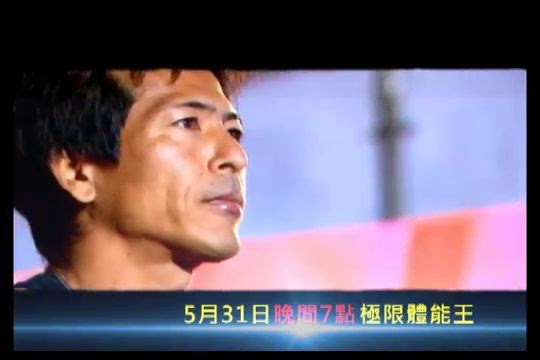 Stateside USA had it's own issues with NBC renegotiating it's contract with TBS to exclude the provision of being forced to carry/edit Ninja Warrior as part of their license to buy out the ANW license.  Worldwide distribution was screwed when Comcast decided to balk at editing Ninja Warrior and canceling their Sasuke distribution license - affecting millions worldwide. 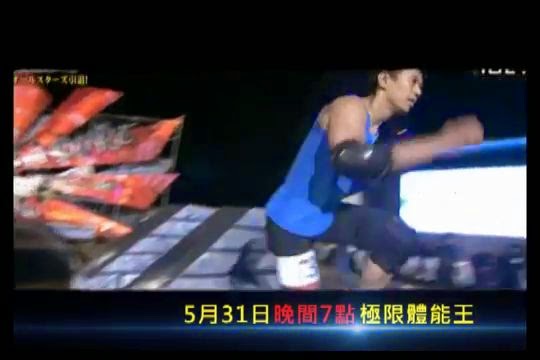 JET and Gold Sun however were the only ones showing the original TBS broadcast with just Chinese subtitles.  They were the only ones who didn't buy the Ninja Warrior format.  We thought this wouldn't affect Taiwan.  However, even after sporadic showings in Taiwan after Gold Sun got the license, once Sasuke Rising started to air in Japan, all worldwide distribution of Sasuke just stopped. 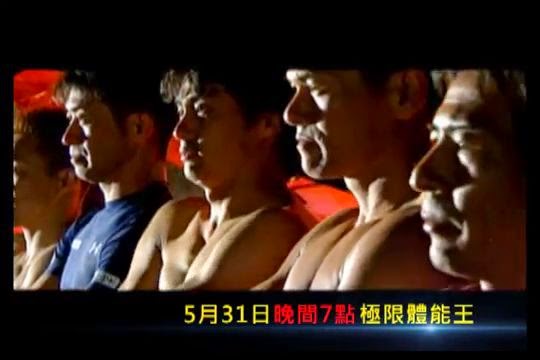 So the news now of Taiwan officially buying Sasuke Rising in it's original format is encouraging. There are also rumors of UK's Challenge picking up the Sasuke Rising shows with Challenge editing them themselves (rather than buying the Ninja Warrior format).  I hope this trend continues. 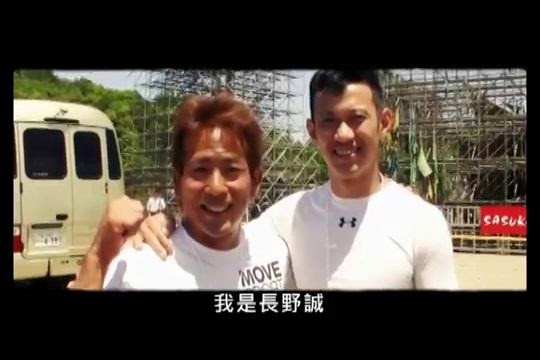 Anyway the current airings in Taiwan of Sasuke Rising are coming up in the next couple of days.  Gold Sun actually posted on Youtube a short clip (thanks TCM for the link and Lee for posting on Facebook) with Nagano and Lee (presumably from Sasuke 30) asking people to watch. Here Nagano is introducing himself in Japanese. 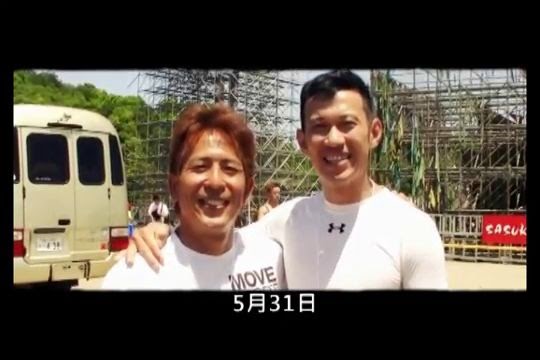 
Lee introduces himself and asks the support of everyone for the premiere of Sasuke 28 this upcoming weekend!  Thanks to Lee for having the presence of mind to do that while he had Nagano with Sasuke as the backdrop.  The man is brilliant and a huge asset to Taiwan. 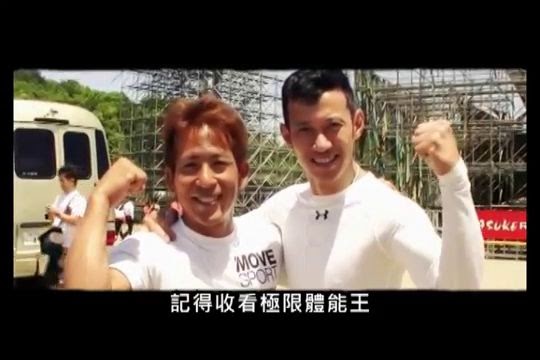 Broadcast over two nights, the premiere of Sasuke Rising in Taiwan during prime-time is finally happening!  It was cool of Lee and Nagano to do a short video clip that could be used to help promote of Taiwan's return to showing Sasuke Rising.

My hope in all of this is that Sasuke is revived in Taiwan and ultimately worldwide. Everyone knows my passion for the show and my frustration at the death of worldwide distribution of the show. I hope this is the start of international distribution again.  Congratulations to Taiwan for taking that first step by ushering in Sasuke Rising's era outside of Japan.  I pray many other countries will follow in their footsteps.
Posted by Arsenette at 3:55 PM

This is good news. I do have faith in Challenge Tv they do seem to have a continued commitment to the show.

Off topic here but that picture of the 5 All-Stars from 28 is super badass. I just wish Bunpei was in it!!

UK I hope Challenge does pick it up! If you hear anything let me know as well. I rely on you guys to get my Challenge news.

Band I totally agree. I still laugh that Shingo always destroys the picture. Aahahahahah but still though I would have loved to have all 6 in one photo. Still epic as it was.