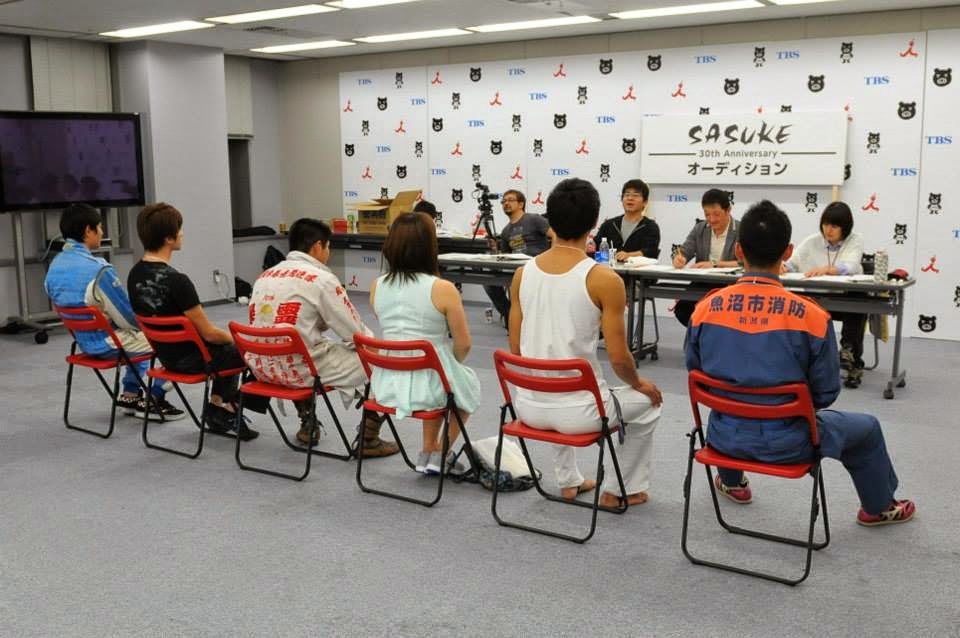 
As you know already, Sasuke 30 has been officially announced and will be taking place soon ™.  It is expected to be airing this summer in Japan on TBS. Japanese auditions took place in April, 2014 in the cities of Osaka (April 18th) and Tokyo (April 27th). 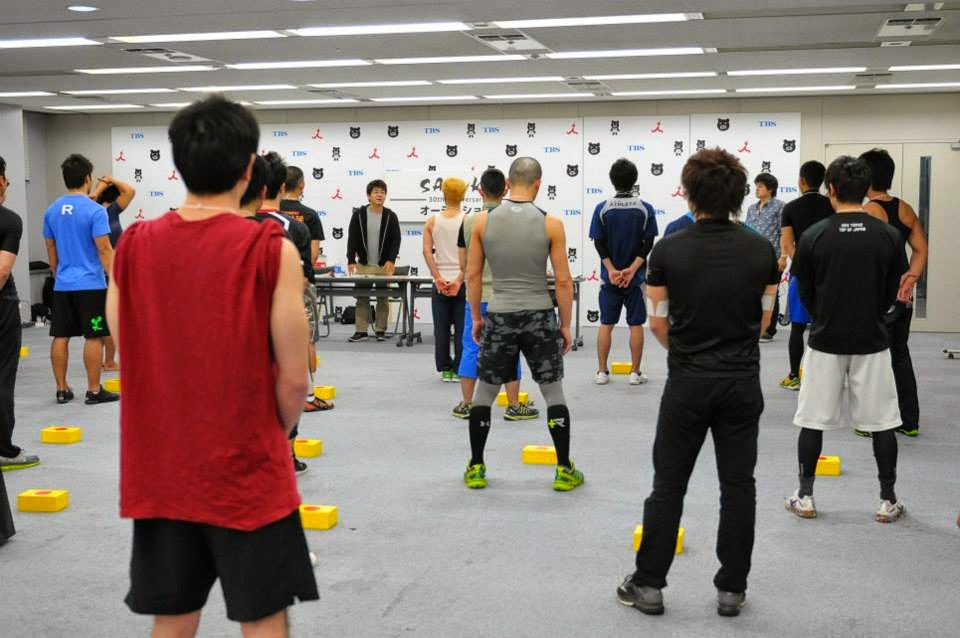 
TBS has been unusually active on Social media this time around with a new Twitter account and the Facebook that they started last year.  It was also unusual to see a rare, behind the scenes photos of the process of this year's Trials (which was actually an audition similar to Sasuke 28).  Usually this process is secret and anyone posting would have been barred from the show. So, if you can imagine, I was shocked to see these 3 photos from Tokyo.  I was thrilled! 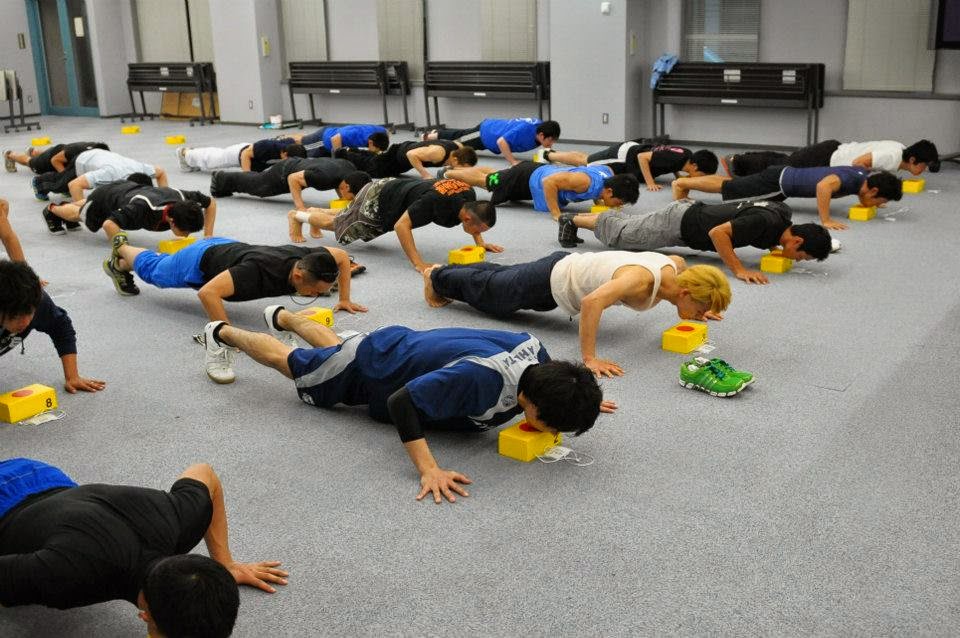 
Both audition sessions (Osaka and Tokyo) consisted of 2 parts (and if you were lucky, 3 parts).  The first part was a push up contest where you had to do 100 pushups.  Then, was the 30 second appeal (basically where you stand in front of the director and TBS crew and explain why they should put you on the show).  If you passed both sets you were brought back for another set of interviews (this time specific questions based on your application). 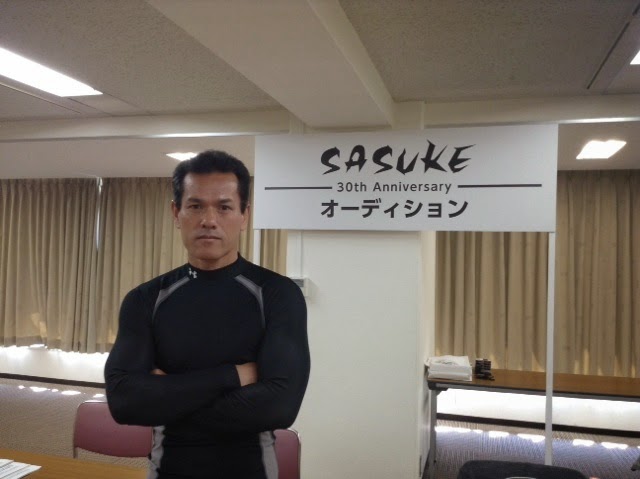 Mr. Sasuke as a guest during the Sasuke 30 auditions (Osaka) ©TBS


Tokyo hopefuls still have to wait until the middle of this week to find out if they have succeeded in getting on Sasuke 30.  Either way, we are full speed ahead with taping coming soon™ and airing sometime later this summer! I can't wait!
Posted by Arsenette at 4:35 AM

Does that mean that most of the first 20-30 contestants -- the ones who have basically no hope of completing Stage 1 -- are invitees?

It's an audition. I doubt they hold everyone to that standard. The last time they used this for the show was Sasuke 28 and most that were picked got in by their interview and not the 5 push ups they were barely able to do. Those who don't have a more amiable personality get in from physical ability. It's just one of the mechanisms, but not the sole way of getting on the show.

It's nice that we are being allowed a look at the process and for the ones that try at least they got to meet Mr Sasuke himself.