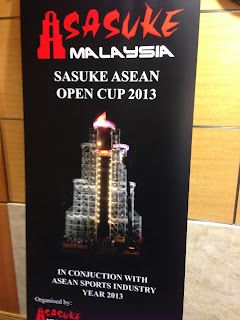 Big news came out within the past 24 hours.  As has been expected but long been in the making (Lord knows this takes a long time to organize) the long awaited expansion of Sasuke into South-East Asia has officially begun!  Earlier today I saw some tweets from Sasuke Director Masato Inui posting about him finding 2 articles (here and here) about an announced new tournament. 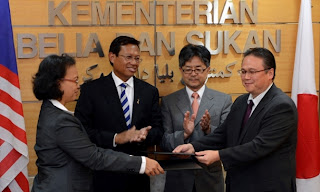 Seems that Sasuke Malaysia's hard work behind the scenes the past couple of years has managed to actually accomplish what I thought was a pretty lofty goal.. a huge Sasuke tournament with 10 countries!  Over the rest of the day more articles (mostly Japanese) popped up saying about the same thing.  TBS finally put out a bilingual press release with the details from their end.  The English press release is here.  The Malaysian Ministry of Sports also had a press release on their website. 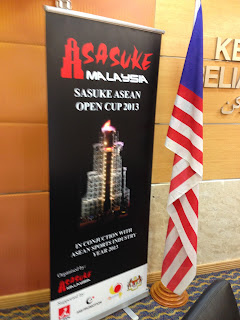 Quite a few things were announced.  First off.. I had a history/geography lesson about the tournament name.  I mistakenly called it Asian when it's actually ASEAN.  ASEAN stands for Association of Southeast Asian Nations.  As my history lesson (and wiki) continues, ASEAN is a geo-political and economic organization of ten countries located in Southeast Asia, which was formed on August, 1967.  The members are Indonesia, Malaysia, Singapore, the Philippines, Thailand, Brunei, Burma, Cambodia, Laos and Vietnam. 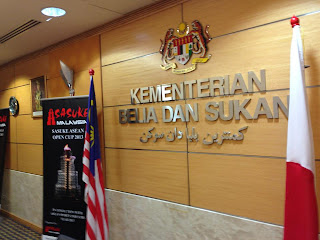 As far as Sasuke history is concerned, we know Malaysia has already done one major event (Sasuke Malaysia 2011) with 2 smaller events (Monsoon Cup 2011 and Hari Belia 2012).  Singapore managed one event Sasuke Singapore 2012.  Both countries managed competitors in Sasuke Japan (Malaysia with 1 competitor in both Sasuke 27 and Sasuke (28) Rising while Singapore debuted with 2 competitors in Sasuke Rising). What is amazing with the news is that we now have 8 more countries actively being introduced into the Sasuke family. 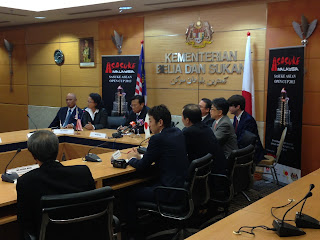 The formal announcement was done in huge fashion as it is a big deal done between the Malaysian Ministry of Sports, ASEAN organization, TBS and Sasuke Malaysia representatives.  This event was been officially endorsed by the ASEAN Secretariat and Ministry of Foreign Affairs of Japan as part of the celebration of the 40th year of ASEAN-Japan Friendship and Cooperation. 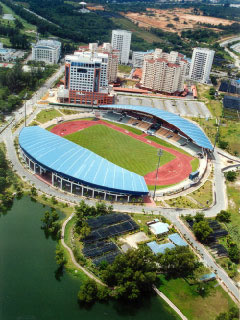 According to the TBS press release, the large-scale competition is to be held at Stadium Kelana Jaya in Malaysia (at least it's the proposed site) in late November 2013. The SASUKE ASEAN OPEN CUP 2013 competition is timed to coincide with the ASEAN Ministerial Meeting on Sports also to be held in the Malaysian capital during the same period.  This will mark the first time Sasuke will actually be held inside a 25,000 capacity stadium! 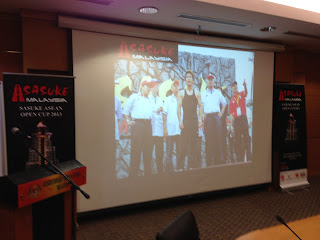 I'm excited about this event!  Just like Ninja Warrior Europe including a bunch of countries and spreading the Sasuke gospel to a larger audience, this will be a cool addition to the Sasuke family.  With strong ties to TBS and the original Sasuke Japan (which is my favorite) I'm happy to see the legacy of Sasuke continuing into the future. I hope the United States takes note and rejoins the Sasuke family by actually caring about the Japanese parent show Sasuke.  One can hope with the addition of 2 huge international tournaments all tied to Sasuke, that the USA will actually rethink their strategy and current position in Sasuke history. 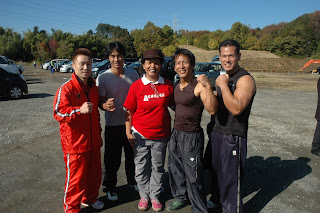 In the end I am happy with the expansion of Sasuke further into South East Asia and I'm really looking forward to more information, details, associated competitions, etc. as they are organized and announced.  I'm sure there is a LOT of work ahead but with their passion and caring for the original Sasuke Japan firmly in their own history (unlike ANW) I'm more at ease knowing they will make us die-hard Sasuke fans proud.  As I get more information I'll post as usual.
Posted by Arsenette at 12:10 AM

Truely awesome news Sasuke seems to be going from strength to strength at moment :-)

That's great news! But I am still baffled how Japan and TBS, seemingly let the show die a slow death and reduce support, yet it's popularity just seems to grow and grow. I swear money and marketing just ruins everything :(