G4:  I feel happy..
I seriously had to stop laughing for about an hour to write this post.  Even now I'm still shaking my head and giggling.  William from twodashtwo posted on his twitter account about G4 NOT being the one rebranded instead it woud be Style network getting the facelift. Outside of having the Monty Python "Bring out your dead" skit stuck in my head for an hour.. Never in my wildest dreams would I be writing this particular post.  Because seriously.. not even in network television comedies (you know.. the ones in years past since no one does those anymore..) do you get such asinine circumstances be even expected to be accepted as reality.  They would mock you for being stupid for coming up with such absurd scenerios. The jump the shark scenario.  But, here we are almost a year (okay.. about 11 months) from my The Death of G4TV post and G4 is still alive.. if barely. 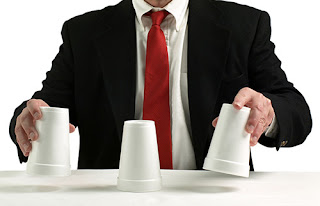 Okay.. here's what's going on.  G4 sucks so bad that not even the parent network that owns it wants to touch it.  NBCU had initially selected G4 as the net to be transformed into Esquire Network, an upscale cable offering for younger male demos. G4 struggled with ratings and a consistent brand identity, and faced potential network overhauls in the past, with the WWE even eying the channel as a potential network. But that didn't work out because Comcast in their infinite wisdom didn't bother actually DOING anything to raise it's profile or even attempt to pad the bottom line (you know.. like most corporate America does when selling off crap).  So now they looked at the numbers and realized that Esquire will automatically tank sitting in the same channel dial that G4 has now.  NO ONE thought of that until now?  So they decided to ride on the FEMALE demographic (you know.. the one that G4 balked at) to save Esquire from it's (eventual) demise.  Yeah.. because re-branding a female network into a male is going to keep your female demographic..

Ooooooh wait .. I forgot.. they are still pursuing MALE viewers.. because that makes sense.. so again.. same article.. Style Network, also ranking at the lower end of NBCU’s cable ratings spectrum, faced a different challenge than G4: its tone, programming, and even celeb faces virtually mirror content seen on its sister nets, but with lower viewership. “Giuliana and Bill,” for example, is one of Style’s most-watched programs, though the telecasts draw less than 700,000 viewers, and the stars of the show established themselves on NBCU cabler E! Now this makes sense simply because G4's highest rated program (ANW - which btw will STILL be on Esquire and NOT G4) never got past 350,000 even in it's premiere (which btw is 0.1 rating).  So if ANW gets more female viewers than male (as what happened with G4 with the original Ninja Warrior) will this president pull the plug just like they did Ninja Warrior when females outdemo'ed the males?  You know.. like the PREVIOUS president of G4 did?  It's going on a female channel.. so what do they expect?  A radical shift in demographics?  What are they smoking  over there in Comcast?  It's GOTTA be some seriously good stuff to think of this "logic".

Ninja Warrior logo on G4TV
So now.. we are faced with a dilemna here.  Now NBCU may have to alter its G4 strategy for the network that has already canceled one of its flagship series, “Attack of the Show” and depends heavily on reruns of skeins like “Cops” and “Cheaters.” Immediate programming changes are not likely.  Yeah.. G4 FIRED Adam Sessler and company, Everyone from Attack of the Show were shown their pink slips as well, G4 demoted Ninja Warrior to being subservient to ANW (which IMO sucks as a stand alone program), canceled Ninja Warrior after it made the network.. and.. what do you have left?  Nothing.. so now G4 is continuing and we have NO idea wtf is going on.  So does G4 STILL have the broadcast rights to Ninja Warrior? If not, WHO THE HELL DOES? I for one would bring back shows G4 KNOWS will bring back viewers.  People will watch new Ninja Warrior. It's been their mainstay for years so I have no idea why they just don't bring it back. Now with ANW safely in Esquire's coffin G4 can do wtf they want with Ninja Warrior without having to worry about getting the shows confused.  After all NBC did everything in it's power to divorce ANW from NW years ago already.  What's there to lose?
Posted by Arsenette at 4:11 AM

G4 is like that guy you used to be really good friends with but had a really bad fallout with. Later something really bad happens to him and you know you should feel sorry for him, but you don't.

(facepalms) I guess they're thinking that Esquire would attract more metrosexual guys, who might have already liked stuff on Style, rather than G4's original geeky guy demographic that probably doesn't read the magazine they are basing a network on???

I still think they should put NW on SyFy or NBC Sports, but I actually use logic. (g)

Arsenette, you hit the nail on the head EVERYTIME you write about G4

LOL 2D2Will! Very much so and really funny but accurate analogy!

jenn you had more hope than I did LOL!

Thanks niki33. Sad really when you think about it. Still /facepalm city.

Is it wrong to hope that someone in a big corporation actually is competent and knows what to do to bring success? (g)

Personally, I think Comcast should just cut their losses and let G4 die period, although I think that they actually could resurrect some of the popular cancelled G4 shows on other Comcast networks (as a geek, this is why I think of SyFy first and forget about NBC Sports as an NW option, although as a hockey fan I shouldn't forget that network's existence). If enough of those shows, or other shows in a classic G4 vein (tech/geek stuff, not Cops or Cheaters (g)) gain enough traction to warrant it, then G4 could be revived, but Comcast has to show that the market really is there for it that it willing to watch such stuff on TV and not online.

Team USA-vs-Team Japan on ANW this fall I think they said on ANW tonight, how exciting..

Thanks for the update. I wasn't sure when they were going to show it since this was taped back in July. LOL

I was shocked in the first place how my #1 favorite channel (G4) went from #1 awesome, to 100% BS. I mean Attack of the Show got taken off the air, Ninja Warrior (Japan version) was told Sayonara, and then it was renamed Esquire Network, and then pretty much thrown to the curb. I said to heck with it after these events happened. What insulted me the most was someone online from some source said that " we people who watch technology shows and play video games are pale people who don't go outside in the sun. " Hello, I watched Attack of the Show, played video games (even made YouTube videos), and I still go outside in the sun, so don't make that statement as if everyone does it, because it's not true. I really want AOTS and Ninja Warrior to come back, because if not, I won't even bother. Anyone agree with me?