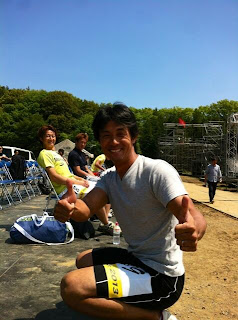 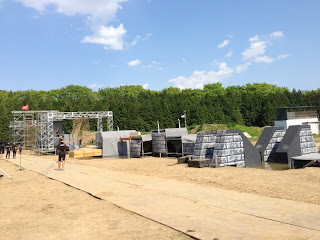 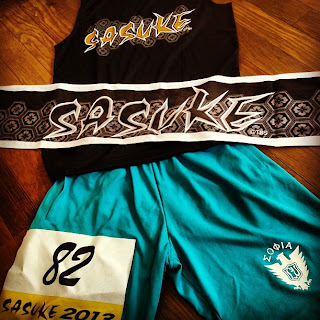 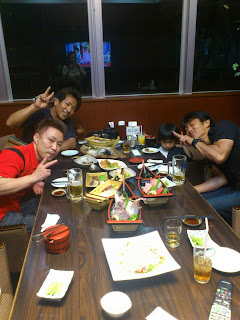 
Also this weekend is the 22nd Annual Maguro Festival 第22回串木野まぐろフェスティバル in Kagoshima, Japan (Sunday, April 28 and Monday, April 29).  I was a bit upset about the timing (of trials in particular).  This event is the same weekend every year for 22 years. In the past TBS has sent a television crew to Kagoshima to record the events and broadcast it on Navi.  Since Rising, TBS has ignored this event.  What made it worse this time around was that Trials for Sasuke 29 were the same weekend forcing the All-stars to split allegiances.  Nagano couldn't go even if he wanted to (he's contractually bound to the Festival and even his PICTURE was on the official Festival Poster..).  Nagano and Akiyama did NOT do trials making fans fear that they are not shut out of Sasuke 29. I hope this is NOT the case. I haven't had luck in clarifying the confusion behind this. Yamada and Takeda competed in Trials but chose to back out of the Maguro Festival (where they originally were confirmed to be participating).  Shingo was the ONLY one to do both events.  As you noticed in the first photo you had Shingo at Trials on Saturday. He took a flight immediately afterwards and arrived in Kagoshima the same night where Nagano and Akiyama were waiting for him (and where this dinner picture was taken). I commend Shingo for being supporting of both events. I'm still upset that TBS did not give consideration to the All-stars when it came to Trials.  For many fans around the world and in Japan.. Sasuke = All-stars.  TBS can hate Monster 9 all they want but if they want ratings they will need to understand that the fans don't care about internal politics.  To us Sasuke is not Sasuke without the participation of the All-stars. I hope to see them in Sasuke 29 where they belong.  I'll post about the festival in a few days when I get more pictures.
Posted by Arsenette at 6:15 PM

As much as I'm pleased that Takeda competed in the trials I have to commend Shingo well done to that man.

YAY SHINGO AND TAKEDA!!! Hope they all get to return!